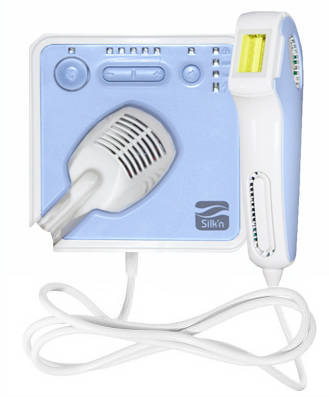 With the Silk’n Pro people can now get the permanent hair removal they have always been wanting without having to spend thousands of dollars for professional clinical treatments.

The Silk’n Pro is a new device and like other devices from Silkn the Pro is often said to be a laser hair removal device but it isn’t exactly that. It however is very similar and uses a technology called home pulsed light or HPL. HPL (sometimes called IPL) has its similarities to laser but its is actually a different type of light based treatment that is weaker and therefore was able to gain FDA approval for in-home use. Despite being weaker than laser you can get the same results for Silkn’s Pro, it just may take a little longer.

The Silk’ Pro is a small electronics device that comes with a handheld portion that is super easy to use. All you have to do is turn the device on, place the flash applicator firmly against the desired area of treatment and press the pulse button. With the result being a rapid flash of light that treats the hair follicle. The applicator on the Silk’n Pro however is small so a full body treatment usually takes 1-2 hours but don’t be alarmed by this because it’s not something you use everyday but rather once or twice a month and even less frequent after the initial treatment period.

The Silk’n Pro sells for $400 which may sound like a lot but in comparison to a professional package that may cost $1500-$3000 it is a huge bargain. Besides the initial cost you will have to replace the HPL cartridge once every few treatments which still puts you way below the cost from a professional. Replacement cartridges cost $40-$50 each depending on whether you get them on sale or at full price.

What Is The Difference Between The Silk’n Pro and Silk’n SensEpil?

The most noticeable difference between the Sensepil and the Pro is its basic cosmetic overhaul. The new Silk’n Pro comes in a mostly white color with a little bit of light blue and the old Sensepil came in white with a very intense pink. The Silk’n Pro also has a slightly different shape which gives it a small and much more sleek look. The asethetic switch for the Pro was done in order to design a device that appealed to men and women alike rather than a bright pink that men (and even some women) simply didn’t want. You would actually be surprised at how particular people are about a devices color even though it doesn’t change its performance.

The only significant operational difference between the Sensepil and Silk’n Pro is that the Pro has received an upgrade that makes it safe to use on your face, so long as you stay at or below the cheek line. The original Sensepil was not FDA approved for use anywhere on the face and this is something Silk’n has worked hard on with it being in high demand. Both men and women alike have a huge need and wanted for permanent hair removal on their face and this innovative upgrade is sure to make the Silk’n Pro a huge hit.

Despite it’s difference the Silk’n Pro is exactly same in regards to its effectiveness in preventing the regrowth of hair. The Pro however is much for neutral based aesthetically and would be an excellent buy for a husband and wife that both have a desire to rid themselves of unwanted hair growth. 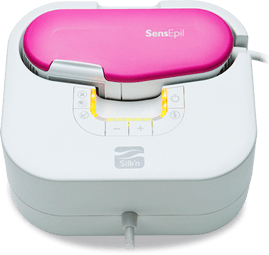